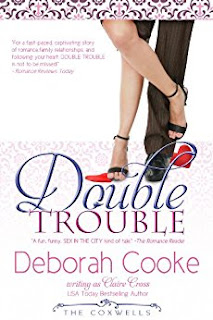 Double Trouble
"First things first: I’m the bad twin. While my sister, Marcia, has the perfect family in the perfect suburb, I’ve been making my living as an Internet advice columnist and designing Web sites in my downtown loft. I always thought I had the right answer - and hair color - for any occasion. That is, until Marcia ran up loads of debt and ran out on her husband and kids, and I was left helping to pick up the pieces. Her husband, James, is a lawyer who I hate on principle alone.  But for a guy who’s just lost his job, his marriage, and his expensive toys, he’s keeping it together - and making me rethink my feelings toward him. It’s not that he’s traded in his conservative suits for sexy jeans. It’s that he’s not giving up what’s important to him, and oh baby, I’m a sucker for a guy who hangs tough.  That doesn’t mean I’m ready to step into Marcia’s designer shoes now that she’s gone AWOL.  And it doesn’t mean I’m going to fall for James’s easy charm...not again, anyhow. Besides, I’ve had a lifelong policy of not being mistaken for my twin and I’m not backing down on that one now - no matter how convenient it might be for a certain sexy (and persuasive) man..."
Kindle Price: £0.00
Click here to download this book. 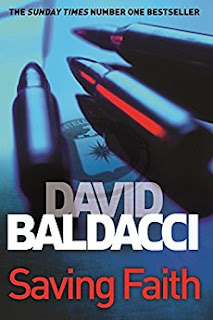 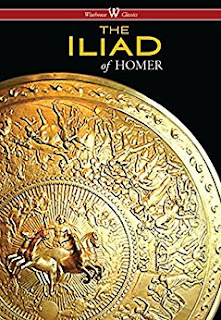 The Iliad
This is one of the two great epics of Homer, and is typically described as one of the greatest war stories of all time, but to say the Iliad is a war story does not begin to describe the emotional sweep of its action and characters: Achilles, Helen, Hector, and other heroes of Greek myth and history in the tenth and final year of the Greek siege of Troy.
Kindle Price: £0.00
Click here to download this book. 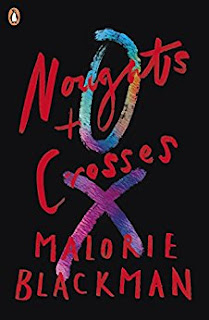 Noughts & Crosses
Two young people are forced to make a stand in this thought-provoking look at racism and prejudice in an alternate society. Sephy is a Cross -- a member of the dark-skinned ruling class. Callum is a Nought -- a “colourless” member of the underclass who were once slaves to the Crosses. The two have been friends since early childhood, but that’s as far as it can go. In their world, Noughts and Crosses simply don’t mix. Against a background of prejudice and distrust, intensely highlighted by violent terrorist activity, a romance builds between Sephy and Callum -- a romance that is to lead both of them into terrible danger. Can they possibly find a way to be together?
Kindle Price: £0.99
Click here to download this book.
Posted by Joisel at 12:00 AM