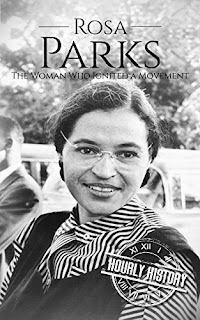 Rosa Parks: The Woman Who Ignited a Movement
Rosa Parks was a quiet, dignified African-American woman who, in a world of injustice, decided to politely defy a racist policy. In doing so, she ignited a fire in the soul of a community whose “cup of endurance” would permit not even one more comparatively small injustice. Her case resulted in the Montgomery Bus Boycott wherein some 40,000 African-Americans crippled the Montgomery transportation industry with their non-violent protest of the racist policy that mandated Parks to give up her seat for white riders. But, as an unknown black minister was who elected to lead the boycott protest, one Martin Luther King, Jr., noted, it wasn’t just the bus policy the African-American community was protesting, it was over 100 years of horrific injustice heaped upon a community whose founders had been forcibly brought to the United States.
Kindle Price: £0.00
Click here to download this book. 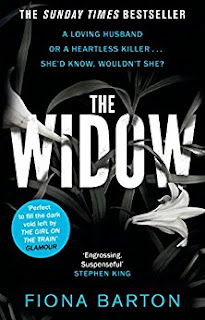 The Widow
When the police started asking questions, Jean Taylor turned into a different woman. One who enabled her and her husband to carry on, when more bad things began to happen...But that woman’s husband died last week. And Jean doesn’t have to be her anymore. There’s a lot Jean hasn’t said over the years about the crime her husband was suspected of committing. She was too busy being the perfect wife, standing by her man while living with the accusing glares and the anonymous harassment.  Now there’s no reason to stay quiet. There are people who want to hear her story. They want to know what it was like living with that man. She can tell them that there were secrets. There always are in a marriage.  The truth—that’s all anyone wants. But the one lesson Jean has learned in the last few years is that she can make people believe anything…
Kindle Price: £1.99
Click here to download this book.
Posted by Joisel at 5:33 PM