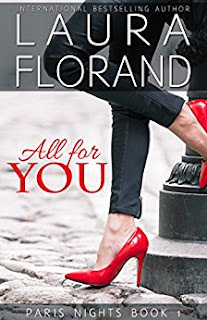 All for You
When her older brother’s best friend left to join the Foreign Legion, eighteen-year-old Célie moved on to make a life for herself as a Paris chocolatier. Now, five years later, the last thing she needs is another man to mess up her happiness. Let alone the same man. But five years in the Foreign Legion is a long time for a man to grow up, and a long time to be away from the woman he loves. Especially when he did it all for her. Half strangers, more than friends, and maybe, if Joss Castel has his way, a second chance…
Kindle Price: £0.00
Click here to download this book. 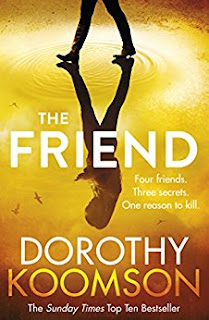 The Friend
After her husband’s big promotion, Cece Solarin arrives in Brighton with their three children, ready to start afresh. But their new neighbourhood has a deadly secret. Three weeks earlier, Yvonne, a very popular parent, was almost murdered in the grounds of the local school – the same school where Cece has unwittingly enrolled her children. Already anxious about making friends when the parents seem so cliquey, Cece is now also worried about her children’s safety. By chance she meets Maxie, Anaya and Hazel, three very different school mothers who make her feel welcome and reassure her about her new life. That is until Cece discovers the police believe one of her new friends tried to kill Yvonne. Reluctant to spy on her friends but determined to discover the truth, Cece must uncover the potential murderer before they strike again . . .
Kindle Price: £0.99
Click here to download this book.
Posted by Joisel at 4:00 PM