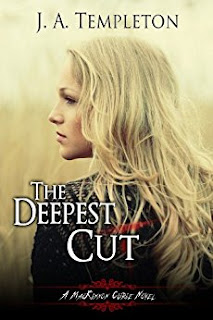 The Deepest Cut
Sixteen-year-old Riley Williams has been able to see ghosts since the car crash that took her mother’s life and shattered her family. Guilt-ridden over the belief that she’s somehow responsible for her mom’s death, Riley is desperate to see her mother’s elusive spirit to gain her forgiveness. When her father moves the family to Scotland so they can all start over, Riley believes her life couldn’t get worse––that is until the ghost of nineteen-year-old Ian MacKinnon catches her purposely cutting herself. An uneasy truce quickly turns into friendship, and soon Riley’s falling hard for Ian. Riley believes her gift could help Ian end the curse that has kept him tied to the land for centuries, but that would mean letting him go forever and she’s not sure she is strong enough to do that. As if her life wasn’t complicated enough, the spirit of the woman who killed Ian returns and she’ll stop at nothing to keep Riley from helping Ian find eternal peace.
Kindle Price: £0.00
Click here to download this book. 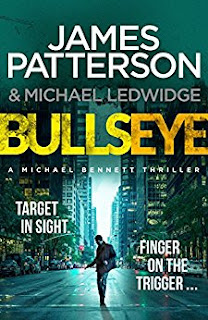 Bullseye
Tensions between America and Russia are the highest they've been since the Cold War. As the countries' Presidents travel to the United Nations to iron out their differences, a fashionable husband and wife team of lethal assassins prowls the streets of Manhattan hunting their prey--a professor hiding a scandalous secret. Their next target: the extremely popular President of the United States of America. Pulled away from his family and pressed into service, Detective Michael Bennett must trace the source of a threat that could rip the country apart--and what he finds may turn the Cold War red hot once again. With allegiances constantly in doubt and no one above suspicion, only Bennett can step into the line of fire to save the President before the deadly kill shot hits its mark.
Kindle Price: £4.99
Click here to download this book.
Posted by Joisel at 4:00 PM