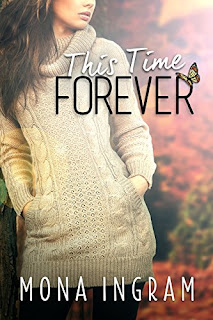 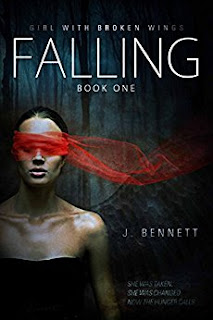 Falling
Maya knew something was wrong... The stranger’s glowing hands were a big tipoff. When the stranger murders Maya’s boyfriend with a single touch and injects the college sophomore with a DNA-altering serum, Maya prays for a savior. Instead, she gets a double helping of knight-in-not-so-shining-armor when two young men claiming to be her half-brothers pull off a belated rescue. Now Maya is swiftly transforming into an “angel”, one of the scientifically enhanced, energy-sucking creatures her brothers have spent their whole lives trying to destroy. Maya’s senses sharpen, her body becomes strong and agile, and she develops the ability to visually see the emotions of those around her as colorful auras…beautiful auras…tempting auras.  Struggling to control the murderous appetite that fuels her new abilities, this reluctant protagonist must find a way to accept her new condition and learn to trust her angel-hunting brothers as she joins them in their fight against the powerful and destructive creatures. On the up side, at least Maya’s eldest brother has stopped trying to kill her!
Kindle Price: £0.00
Click here to download this book. 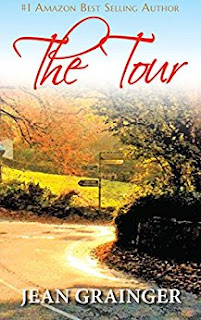 The Tour
Every week, Conor O'Shea collects a new group of American visitors from Shannon Airport, from where they embark on a high end tour of the Real Ireland. But this particular tour, with its cast of unintentionally hilarious characters, presents even seasoned tour guide Conor with dilemmas that render him speechless for the first time in his life. Among this eclectic group are Corlene, a gold digging multiple divorcee on the prowl; Patrick, a love starved Boston cop; Dylan, a goth uilleann piper; Dorothy a poisonous college professor who wouldn't spend Christmas; Elliot, a wall street shark who finally shows his true colours. Then there's Ellen, back on Irish soil after so many years after so many years, to discover a truth no-one could ever have guessed at, least of all herself. And that's just a few of the colourful cast. The locals they meet on their journey, - West Brits, passionate musicians, Ukrainian waitresses and Garda high flyers all help to make this a tour no-one will ever forget. And of course, there's Conor O'Shea in the thick of it all, solving problems and mending hearts, but what about his own?
Kindle Price: £0.99
Click here to download this book.
Posted by Joisel at 7:30 PM