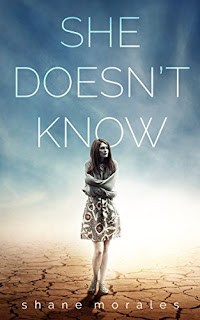 She Doesn't Know
Chloe Parker has just been uprooted to a tiny American compound in Saudi Arabia. You’d think after fourteen years of being an Air Force brat, she’d be used to being the new kid, but it still sucks. At least until she meets charming, charismatic Alex and falls for him hard. But Alex is a year older and is heading off to boarding school in Switzerland. Chloe won’t see him again for nine months and it’s breaking her heart. She doesn’t even know if Alex likes her back until he gifts her his private binder of hand-written stories and song lyrics to remember him by. That has to mean something, right? At long last the wait is over and Alex returns, but he's a haunted shell of his former self. Something bad happened while Alex was away, something that killed the light in his eyes, and Chloe is determined to help him. She has to get the old Alex back. But Chloe doesn’t know you can’t bring someone back from a place you’ve never been. All you can do is be there when they finally decide to come home.
Kindle Price: £0.00
Click here to download this book. 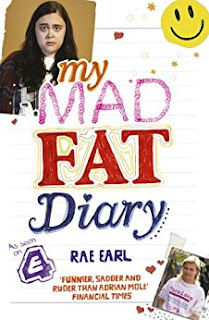 My Mad Fat Diary
This evokes a vanished time when Charles and Di are still together, the Berlin wall is up, Kylie is expected to disappear from the charts at any moment and it's £1 for a Snakebite and Black in the Vaults pub. My Fat, Mad Teenage Diary will appeal to anyone who's lived through the 1980s. But it will also strike a chord with anyone who's ever been a confused, lonely teenager who clashes with their mother, takes themselves VERY seriously and has no idea how hilarious they are.
Kindle Price: £0.99
Click here to download this book.
Posted by Joisel at 11:07 PM