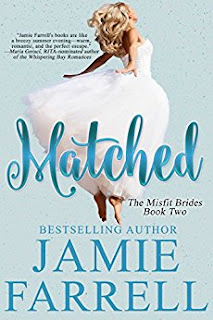 Matched
Lindsey Castellano couldn’t ask for more. She’s the most successful divorce lawyer ever raised in Bliss. (Never mind that she’s the only one.) She’s her nephew’s favorite aunt. (For the moment, anyway.) And thanks to a little gift (or curse) from the universe, she’s an expert at avoiding love, commitment, and inevitable heartbreak. Or so she thought until the night of her sister’s wedding. Will Truitt might’ve grown up living a country song—his momma died, his daddy went to prison, and his dog ran away—but as an adult, he’s been blessed by the country rock gods. Being Billy Brenton on stage isn’t an honor he takes lightly. He likes to give back what fame has given him, which is how he finds himself happily crashing a wedding in this quirky little bridal-obsessed town. The one thing he isn’t counting on, though, is colliding with the only girl he ever let himself love. It’s been fifteen years since she shattered his heart. Then, she’d been a sorority girl on her way to the top, and he’d been a lowly janitor with a little bit of a dream. Now he’s on top of the world, and she’s the last person he should need or want. But she’s the only person who has ever inspired his music. And he’s the only man she’s never been able to forget. Have the years made them wiser, stronger, and better able to love, or this time, will they simply crash and burn harder?
Kindle Price: £0.00
Click here to download this book. 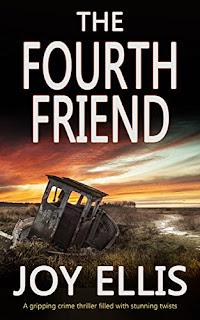 THE FOURTH FRIEND
Police detective Carter McLean is the only survivor of a plane crash that kills his four best friends. He returns to work but he is left full of guilt and terrible flashbacks. So for each of his four friends he decides to complete something that they left unfinished. Eighteen months before the crash, Suzanne Holland disappeared, leaving a room with traces of blood, but no other leads. Suzanne was the wife of one of Carter’s four best friends. Adding to the pressure, the boss’s daughter has a stalker. Due to the sensitivity of the Holland case, Carter is put on this investigation. DS Marie Evans is the only person Carter can confide in. But even she begins to doubt whether he can really cope and whether he is actually losing his mind. DI Jackman and DS Evans of the Fenland police face a battle to untangle three mysteries, and can they really believe their friend and colleague Carter?
Kindle Price: £0.99
Click here to download this book.
Posted by Joisel at 3:26 AM