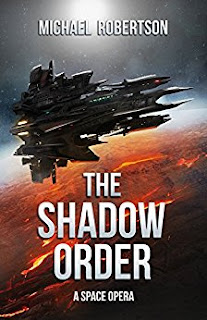 The Shadow Order
Seb Zodo lives on the dusty planet of Danu. He’s an unemployed dropout who makes his money fighting in bars and taking a cut of the winnings from the touts. Having never lost a fight, Seb is addicted to the adrenaline of the duel. So when he makes a promise to leave brawling behind, his world’s turned on its head. Especially when he finds himself with no money on a hostile planet where the fighting pits offer more than Seb has ever won before. Trapped and with no way out, Seb must decide whether to fight or not. Every decision he makes with his fists seems to throw his life into deeper chaos, but he’s already hit rock bottom. With the smell of blood and sweat from the fighting pits in his nostrils, Seb watches the current champion. The hairs on the back of his neck raise. He can win. He can claim the purse. But, if he steps into the ring, it won’t end with the last punch. If Seb fights again, he knows his life will spiral out of control ...
Kindle Price: £0.00
Click here to download this book. 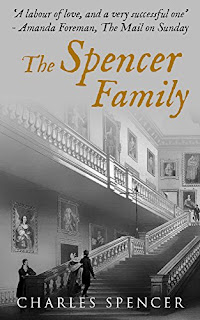 The Spencer Family
Tracing the history of the Spencers from their beginnings as medieval sheep farmers, through centuries of service to country and crown to their high public profile following the marriage of Diana Spencer to the Prince of Wales, Charles, Ninth Earl Spencer, has written a superb and engaging work of family history. Hugely enriched by his unique access to private papers and family memories, it details the lives of such fascinating figures as the romantic, chivalrous Henry Spencer, First Earl of Sunderland; Georgiana, Duchess of Devonshire, scandalizer and enchantress of eighteenth century high-society; and George Spencer, who, as Father Ignatius, rejected the privileges of his birth to live a life of poverty and chastity as a mendicant monk.
Kindle Price: £0.99
Click here to download this book.
Posted by Joisel at 4:00 PM