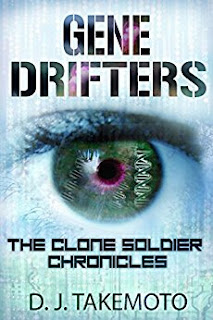 Gene Drifters
Will normal humans survive the next one hundred years? The Clone Soldiers Chronicles follows a family over those 100 years, from the current epigenetically modified human, to true, and hopefully evolved mutant humans…the new dominant species. In Book I – EpiGenes, our own current society must deal with the newly emerging field of Econo-genetics; who gets genetically altered and at what price? Will it be only the wealthy? Book II- Gene Designers, tells the love story of Dina, a natural mutant, and Dorian, a Gene Designer-synthesized clone. Book III – Gene Drifters tell us what happens when two mutants have kids, and those mutations “take.” The earth is now hot, too hot for up-top living. Roxanne Smoot hauls the Tran-Pacific Underwater Tunnel, a plasmon lined causeway deep beneath the ocean, connecting San Francisco to Tokyo and on to Hong Kong. She a normal, one of the few remaining, and stays safe running those rig hauls. But pirates attempt a rig-jack, almost killing her and her co-pilot. Leo Songtain, the CEO of Stemworm has a thing for her, and not as a best buddy; he’s set a bounty for her safe delivery, and competition is intense. In this teeming under-ocean metropolis, no one is safe. Leo’s legal counselor, Max plans to poison the workers’ food supply, eliminate Roxanne, and take over the clone soldier Black Market. Luckily, an elusive Mossad spy, Michael Segev discovers the plot. In a race against time, he must save the workers and exile Max to #5, the vast, rebel fortress where the mutant population, the Gene Drifters are hiding…waiting for a mutant war. Max will be exiled to the dark world of the Uns.
Kindle Price: £0.00
Click here to download this book. 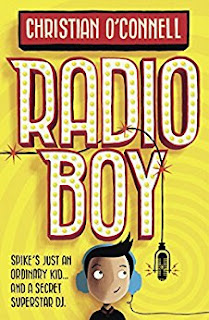 Radio Boy
Meet Spike, aka Radio Boy: a new Adrian Mole on the radio for the internet generation. Spike’s your average awkward 11 year old, funny and cheeky and with a mum to reckon with. When he becomes the first presenter ever to be sacked from hospital radio, he decides to carry on from a makeshift studio in the garden shed, with the help of his best friends Artie and Holly, disguising his voice and going by the moniker Radio Boy. Week by week, word gets around and soon Spike is a star… if only people knew it was actually him. When Spike begins to believe his own hype, and goes too far with his mocking of the school headmaster, a hunt is launched for the mysterious Radio Boy. Can Spike remain anonymous? Will he get to marry the girl of his dreams, Katherine Hamilton? Will he become famous and popular? The answer to most of these questions is no…
Kindle Price: £1.99
Click here to download this book.
Posted by Joisel at 4:00 PM