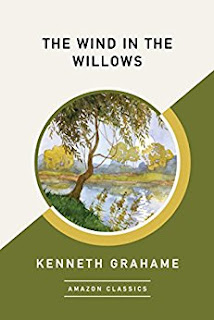 The Wind in the Willows
Meet little Mole, willful Ratty, Badger the perennial bachelor, and petulant Toad. Over one hundred years since their first appearance in 1908, they've become emblematic archetypes of eccentricity, folly, and friendship. And their misadventures-in gypsy caravans, stolen sports cars, and their Wild Wood-continue to capture readers' imaginations and warm their hearts long after they grow up. Begun as a series of letters from Kenneth Grahame to his son, The Wind in the Willows is a timeless tale of animal cunning and human camaraderie. This Penguin Classics edition features an appendix of the letters in which Grahame first related the exploits of Toad.
Kindle Price: £0.00
Click here to download this book. 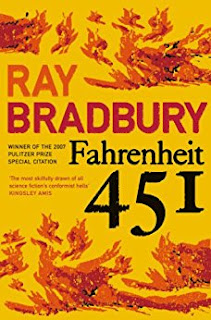 Fahrenheit 451
Guy Montag is a fireman. His job is to burn books, which are forbidden, being the source of all discord and unhappiness. Even so, Montag is unhappy; there is discord in his marriage. Are books hidden in his house? The Mechanical Hound of the Fire Department, armed with a lethal hypodermic, escorted by helicopters, is ready to track down those dissidents who defy society to preserve and read books.  The Classic novel of a post-literate future, Fahrenheit 451 is part of the Voyager Classic series. It stands alongside Orwell’s 1984 and Huxley’s Brave New World as a prophetic account of Western civilization’s enslavement by the media, drugs and conformity.
Kindle Price: £1.99
Click here to download this book.
Posted by Joisel at 5:22 AM