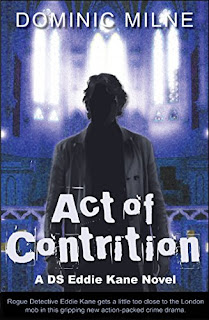 Act Of Contrition
In the first of this new London-based crime trilogy, we meet the rogue Detective Sergeant Eddie Kane. Eddie is a reckless and dissolute operator, under investigation by the force and in debt to local mob chief, Vincent Mullis. When a killer starts targeting prostitutes in north London, Mullis is unusually keen for Eddie to solve the crime, but why? A serial killer is targeting prostitutes in Islington, the victims having a number of unusual links. The killings begin the same week that convicted killer and local man, Paddy Graham, is released from prison following a life sentence for murder.  DS Eddie Kane has inadvertently found himself under the thumb of Vincent Mullis, who has taken ownership of a debt Eddie has built up with terminally-ill bookmaker, Arnie Duggan. Eddie’s troubles begin to spiral out of control when he is placed under investigation following a drugs-bust gone wrong. While suspended, he is forced to investigate the murders for Mullis, who wants to get to the murderer before the police. He then reluctantly hears a murder confession from his former bookmaker...
Kindle Price: £0.00
Click here to download this book. 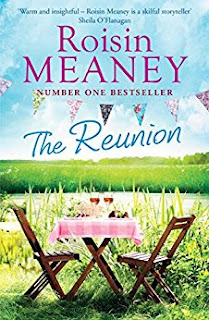 The Reunion
It's their twenty-year school reunion but the Plunkett sisters have their own reasons for not wanting to attend ... Caroline, now a successful knitwear designer, spends her time flying between her business in England and her lover in Italy. As far as she's concerned, her school days, and what happened to her the year she left, should stay in the past. Eleanor, meanwhile, is unrecognisable from the fun-loving girl she was in school. With a son who is barely speaking to her, and a husband keeping a secret from her, revisiting the past is the last thing on her mind. But when an unexpected letter arrives for Caroline in the weeks before the reunion, memories are stirred. Will the sisters find the courage to return to the town where they grew up and face what they've been running from all these years?
Kindle Price: £0.99
Click here to download this book.
Posted by Joisel at 4:00 PM