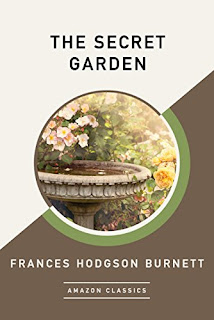 The Secret Garden
The orphaned Mary Lennox is sullen, ill tempered, and unloved when she’s sent to live with her uncle, Archibald Craven. A man consumed by grief over the death of his wife, Archibald has allowed his sprawling estate on the moors to fall into grim disrepair. It’s when Mary begins tending to her late aunt’s mysterious garden—locked up and neglected for years—that she discovers its life-changing secrets and a flowering rejuvenation of the human spirit. Out of this dark, closed-off world and a child’s innate curiosity about life and death comes one of the most transformative coming-of-age novels ever written.
Kindle Price: £0.00
Click here to download this book. 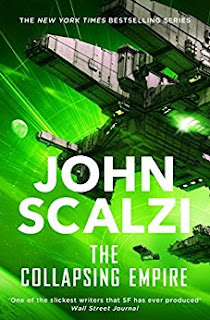 The Collapsing Empire
In the far future, humanity has left Earth to create a glorious empire. Now this interstellar network of worlds faces disaster - but can three individuals save their people? The empire's outposts are utterly dependent on each other for resources, a safeguard against war, and a way its rulers can exert control. This relies on extra-dimensional pathways between the stars, connecting worlds. But 'The Flow' is changing course, which could plunge every colony into fatal isolation. A scientist will risk his life to inform the empire's ruler. A scion of a Merchant House stumbles upon conspirators seeking power. And the new Empress of the Interdependency must battle lies, rebellion and treason. Yet as they work to save a civilization on the brink of collapse, others have very different plans .
Kindle Price: £1.19
Click here to download this book.
Posted by Joisel at 4:00 PM