DEAL OVER! You can click at the links to see the current prices for the book 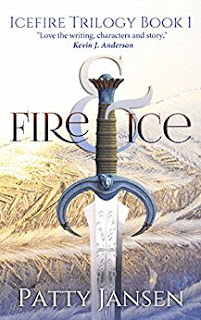 Fire & Ice
Deep under the City of Glass in the frozen southern land, an age-old machine called the Heart of the City radiates a power which locals call icefire. Most citizens are immune to it, but a few, always born with physical disabilities, can bend it to their will. For fifty years, the ruling Eagle Knights, who fly on the back of giant birds, have killed these Imperfects, fearing the return of the old royal family, who used icefire to cut out people's hearts, turning them into ghostly servitors. The old king's grandson Tandor only sees the good things icefire brought: power and technology now forgotten while the people of the south live in dire poverty. He's had enough of seeing his fellow kinsfolk slaughtered by ignorant Knights, of Imperfect babies being abandoned on the ice floes to be eaten by wild animals. His grandfather's diary tells him how to increase the beat of the Heart the first step to making the land glorious once more. Arrogant as he is, he sets the machine in motion. All he needs is an army of Imperfect servitors to control the resulting power. Isandor is Imperfect, an ex-Knight apprentice, betrayed by his best friend and running for his life.  The queen Jevaithi is Imperfect, living like a prisoner amidst leering Knights, surviving only because the common people would rebel if their beloved queen were harmed. Both are young and desperate and should be grateful that Tandor wants to rescue them from their hopeless situations. Or so he thinks. The youngsters, however, have no inclination to become heartless ghosts, but while they defy Tandor, the Heart beats, and he alone cannot control its power.
Kindle Price: £0.00
Click here to download this book. 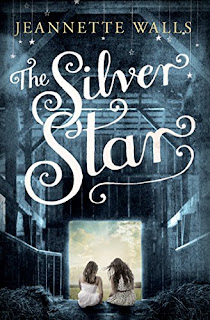 The Silver Star
It is 1970 in a small town in California. “Bean” Holladay is twelve and her sister, Liz, is fifteen when their artistic mother, Charlotte, takes off to find herself, leaving her girls enough money to last a month or two. When Bean returns from school one day and sees a police car outside the house, she and Liz decide to take the bus to Virginia, where their widowed Uncle Tinsley lives in the decaying mansion that’s been in Charlotte’s family for generations. An impetuous optimist, Bean soon discovers who her father was, and hears stories about why their mother left Virginia in the first place. Money is tight, and the sisters start babysitting and doing office work for Jerry Maddox, foreman of the mill in town, who bullies his workers, his tenants, his children, and his wife. Liz is whip-smart--an inventor of word games, reader of Edgar Allan Poe, nonconformist, but when school starts in the fall, it’s Bean who easily adjusts, and Liz who becomes increasingly withdrawn. And then something happens to Liz in the car with Maddox.
Kindle Price: £0.99
Click here to download this book.
Posted by Joisel at 5:44 AM