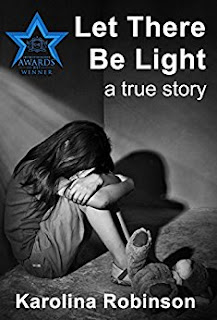 Let There Be Light
"On one of those magically white winters nights, my mother took me in her arms and shut the doors behind her. We left my drunken father in the name of a better life. And the name of that better life was Tom, a local gangster with the face of the devil himself. The next thing I saw was my mother's bloody face bashed into the ground and teeth scattered around her lifeless body. I looked at him and thought to myself - PLEASE, DON'T KILL ME."
Kindle Price: £0.00
Click here to download this book. 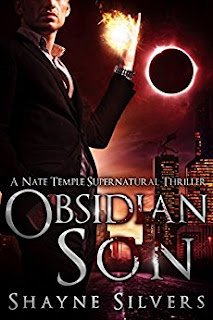 Obsidian Son
A city that doesn’t believe in magic. Bloodthirsty weredragons. Good thing this reckless playboy has superpowers…It’s been said that monsters cry when a good man goes to war. But they should run screaming like little school girls when that man is secretly a wizard, and maybe not necessarily good…Nate Temple’s all-consuming quest to avenge his parents is temporarily put on hold when shape-shifting dragons invade St. Louis. And perhaps cow-tipping the Minotaur for answers might not have been Nate’s smartest opening move, because now every flavor of supernatural thug from our childhood nightmares is gunning for him. Nate learns that the only way to save his city from these creatures is to murder his best friend…Nate’s choice will throw the world and his own conscience into cataclysmic chaos: avenge his parents or become a murderer to save his city. Because to do either, he’s going to have to show the world that magic is very, very real, and that monsters are very, very hungry… To survive, he might just need to take a page from the book, How to Win Friends and Influence Monsters.
Kindle Price: £0.99
Click here to download this book.
Posted by Joisel at 4:29 AM