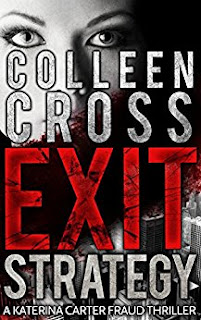 Exit Strategy
Fraud investigator, Katerina Carter just doesn’t know when to quit, which lands her in some pretty messy and precarious situations. Now that’s she’s out of work and running out of money, Kat needs to get more clients, or she’ll be forced to go crawling back to a cubicle at her previous firm. And to Kat that’s a fate worse than debt. So when Liberty Diamond Mines CEO Susan Sullivan hires Kat to find Liberty’s missing CFO and a large sum of embezzled money, she’s a little too eager to accept the job. Abject poverty is a great motivator for taking hard cases, but her excitement soon turns to terror when two employees of the company are brutally murdered. Kat realizes that this investigation might be more dangerous than she expected. As if things weren’t complicated enough, she uncovers a sinister connection between blood diamonds and organized crime. All she has to do now is get proof--and keep from getting killed before she exposes the real criminals. With the help of her friends and an eccentric uncle, Kat had better tread carefully or her first case might also end up being her last. . .
Kindle Price: £0.00
Click here to download this book. 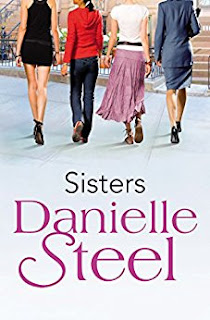 Sisters
Candy-it's the only name she needs--is blazing her way through Paris, New York, and Tokyo as fashion's latest international supermodel. . . . Her sister Tammy has a job producing the most successful hit show on TV, and a home she loves in L.A.'s Hollywood Hills. . . . In New York, oldest sister Sabrina is an ambitious young lawyer, while Annie is an American artist in Florence, living for her art. . . . On one Fourth of July weekend, as they do every year, the four sisters come home to Connecticut for their family's annual gathering. But before the holiday is over, tragedy strikes and their world is utterly changed. Suddenly, four sisters who have been fervently pursuing success and their own lives--on opposite sides of the world--reunite to share one New York brownstone, to support each other and their father, and to pick up the pieces while one sister struggles to heal her shattered body and soul. Thus begins an unscripted chapter of their lives, as a bustling house is soon filled with eccentric dogs, laughter, tears, friends, men . . . and the kind of honesty and unconditional love only sisters can provide. But as the four women settle in, they are forced to confront the direction of their respective lives. As the year passes and another July Fourth approaches, a season of grief and change gives way to new beginnings--as a family comes together to share its blessings and a future filled with surprises and, ultimately, hope.
Kindle Price: £0.99
Click here to download this book.
Posted by Joisel at 7:11 AM