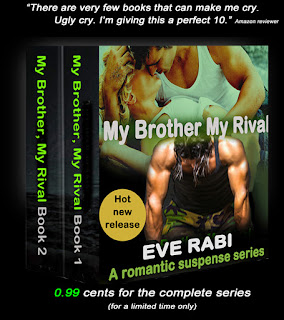 My Brother, My Rival
Two brothers find themselves thrust into a love triangle and are left drowning in heartbreak.
Low price offer for a limited time only!
Kindle Price: £0.99
Click here to download this book. 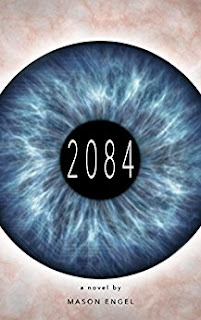 2084
The year is 2084, and the spying eyes of Big Brother are nowhere to be found. Orwell’s dystopia has been stalled - so far. The world wears Lenses, computerized glass contacts manufactured by a corporation called Newsight. The technology is regulated by the Senate, so no one worries about breaches in privacy. A teenage boy named Vincent, however, feels quite differently. After his Senator father tells him that Newsight has been pushing for an appeal on the data regulations, Vincent begins to dig deeper. He learns that Newsight’s CEO claims to want to use the data in his fight against the Order, a terrorist organization whose attacks have recently been mounting in frequency, but the man’s true motives aren’t so clear - until Vincent meets a girl from school whose father is a Newsight developer. There is a trail of bread crumbs in the software’s code. Newsight has a closer relationship to the Order than anyone may have guessed, and the Lenses have been doing more than just running simulations. Caught in the middle of a world blinded by progress, Vincent finally discover the truth. But it might already be too late.
Kindle Price: £0.00
Click here to download this book. 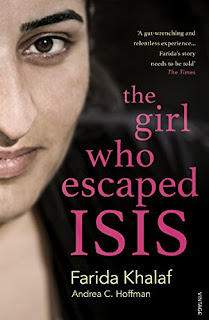 The Girl Who Escaped ISIS
"A rare and riveting first-hand account of the terror and torture inflicted by ISIS on young Iraqi Yazidi women, and an inspiring personal story of bravery and resilience in the face of unspeakable horrors. In the early summer of 2014, Farida Khalaf was a typical Yazidi teenager living with her parents and three brothers in her village in the mountains of Northern Iraq. In one horrific day, she lost everything: ISIS invaded her village, destroyed her family, and sold her into sexual slavery. The Girl Who Escaped ISIS is her incredible account of captivity and describes how she defied the odds and escaped a life of torture, in order to share her story with the world. Devastating and inspiring, this is an astonishing, intimate account of courage and hope in the face of appalling violence"--
Kindle Price: £1.99
Click here to download this book.
Posted by Joisel at 6:10 PM