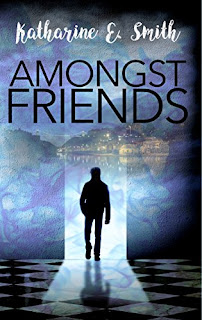 Amongst Friends
A group of three friends meet for the first time at primary school, aged four. Despite their differing backgrounds, they quickly form a strong bond, which sees them through secondary school and into the wide world beyond. There is Lee, who lives with his businessman bully of a dad in one of Bristol’s most prestigious areas. Then there is Anna, whose successful, career-driven parents and much older half-brothers barely seem to notice her. Finally, there is Mike; an only child who has never known his father and whose mother Emma tries to more than make up for what is missing for her son and his friends. Life becomes complicated when love gets in the way.
Kindle Price: £0.00
Click here to download this book. 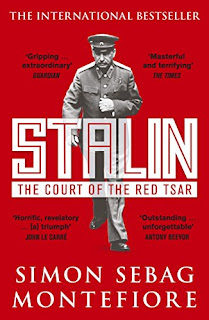 Stalin
This widely acclaimed biography provides a vivid and riveting account of Stalin and his courtiers—killers, fanatics, women, and children—during the terrifying decades of his supreme power. In a seamless meshing of exhaustive research and narrative, Simon Sebag Montefiore gives us the everyday details of a monstrous life. We see Stalin playing his deadly game of power and paranoia at debauched dinners at Black Sea villas and in the apartments of the Kremlin. We witness first-hand how the dictator and his magnates carried out the Great Terror and the war against the Nazis, and how their families lived in this secret world of fear, betrayal, murder, and sexual degeneracy. Montefiore gives an unprecedented understanding of Stalin’s dictatorship, and a Stalin as human and complicated as he is brutal.
Kindle Price: £0.99
Click here to download this book.
Posted by Joisel at 4:00 PM