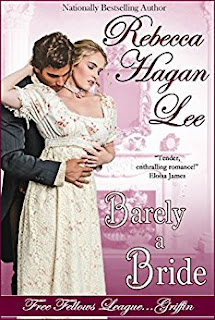 Barely a Bride
The noblemen of the Free Fellows League have vowed to "avoid the inevitable leg-shackling to a female for as long as possible." But when Viscount Abernathy is called off to war, he must obey his father's wishes that he marry-and fast. Abernathy is lucky to find Lady Alyssa as agreeable to a marriage of convenience as he is. But, two years later, scarred to his soul from the war, all Abernathy wants is love. And now he must win his wife's heart, by wooing the bride he left behind...
Kindle Price: £0.00
Click here to download this book. 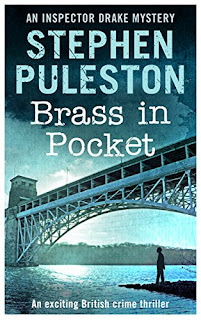 Brass in Pocket
Two traffic officers are killed on an isolated mountain pass in North Wales. Inspector Drake is called to the scene and quickly discovers a message left by the killer - traffic cones in the shape of a No 4. The killer starts sending the Wales Police Service lyrics from famous rock songs. Are they messages or is there some hidden meaning in them? Does it all mean more killings are likely? When a politician is killed Drake has his answer. And then the killer sends more song lyrics. Now Drake has to face the possibility of more deaths but with numbers dominating the case Drake has to face his own rituals and obsessions. Finally when the killer threatens Drake and his family he faces his greatest challenge in finding the killer before he strikes again.
Kindle Price: £1.99
Click here to download this book.
Posted by Joisel at 4:00 PM