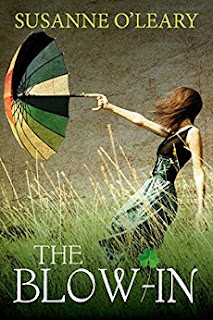 The Blow-In
Political reporter Finola McGee is not the romantic type. She leads with her chin, shoots from the hip and takes no prisoners. When living on the edge loses its appeal, she escapes Dublin to run the local newspaper in a small Tipperary town. An easy job, friendly neighbours, lovely countryside, and fresh air—what’s not to like? But the rural bliss doesn’t last longer than a weekend. Finola soon finds herself mixed up in a hornet’s nest of conspiracies. And when Hollywood rides into town, a certain heartthrob adds a further twist to an already complicated romance…
Kindle Price: £0.00
Click here to download this book. 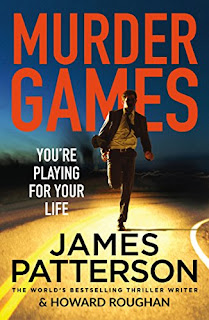 Murder Games
Dr. Dylan Reinhart wrote the book on criminal behavior. Literally--he's a renowned, bestselling Ivy League expert on the subject. When a copy of his book turns up at a gruesome murder scene--along with a threatening message from the killer--it looks like someone has been taking notes. Elizabeth Needham is the headstrong and brilliant NYPD Detective in charge of the case who recruits Dylan to help investigate another souvenir left at the scene--a playing card. Another murder, another card--and now Dylan suspects that the cards aren't a signature, they're a deadly hint--pointing directly toward the next victim. As tabloid headlines about the killer known as "The Dealer" scream from newstands, New York City descends into panic. With the cops at a loss, it's up to Dylan to hunt down a serial killer unlike any the city has ever seen. Only someone with Dylan's expertise can hope to go inside the mind of a criminal and convince The Dealer to lay down his cards. But after thinking like a criminal--could Dylan become one?
Kindle Price: £1.99
Click here to download this book.
Posted by Joisel at 6:00 AM