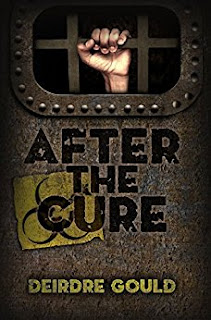 After the Cure
Eight years ago the December Plague swept through the human population of earth. The Infected were driven mad by the disease, becoming violent and cannibalistic, killing even those closest to them without hesitation. Six years ago, the tiny surviving community of Immune humans found a cure, and the Infected began to wake up and realize what they'd done. And what had been done to them. Over time, society began to rebuild itself. Now it is ready to judge those responsible for the Plague. Nella Rider, the court psychologist and Frank Courtlen a defense attorney are trying to establish the truth. But more depends on it than they know. They race to find the answers they need before the fragile remains of humanity vanish for good.
Kindle Price: £0.00
Click here to download this book. 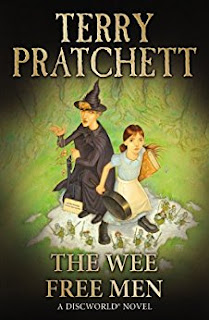 The Wee Free Men
Armed only with a frying pan and her common sense, Tiffany Aching, a young witch-to-be, is all that stands between the monsters of Fairyland and the warm, green Chalk country that is her home. Forced into Fairyland to seek her kidnapped brother, Tiffany allies herself with the Chalk's local Nac Mac Feegle - aka the Wee Free Men - a clan of sheep-stealing, sword-wielding, six-inch-high blue men who are as fierce as they are funny. Together they battle through an eerie and ever-shifting landscape, fighting brutal flying fairies, dream-spinning dromes, and grimhounds - black dogs with eyes of fire and teeth of razors - before ultimately confronting the Queen of the Elves, absolute ruler of a world in which reality intertwines with nightmare. And in the final showdown, Tiffany must face her cruel power alone...
Kindle Price: £1.99
Click here to download this book.
Posted by Joisel at 4:00 PM