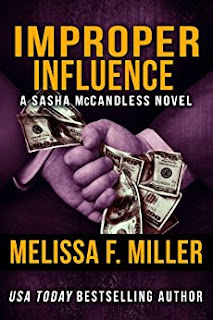 Improper Influence
Even Sasha's most daunting cases to date haven't prepared her for her current challenge: finding a wedding reception venue that her mother and Connelly can both agree on. Wedding planning woes become the least of her worries, though, when Bodhi King, a forensic pathologist for the City of Pittsburgh, comes to her for help. Young women across the city are dying, and he suspects their deaths are connected. After he voices his suspicions, he becomes a target. Bodhi needs Sasha and Connelly’s assistance to unearth the truth before it's buried along with more victims -- and him, if whoever's trying to silence him succeeds. The trail is long and dirty, leading to political influencers, backroom deals, and the biggest law firm in town. But Sasha won’t stop until she frees the city she calls home from the grip of corruption—whatever the cost.
Kindle Price: £0.00
Click here to download this book. 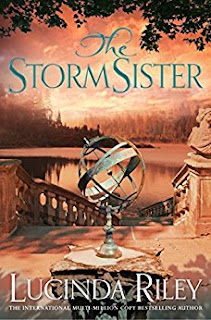 The Storm Sister
Ally D'Aplièse is about to compete in one of the world's most perilous yacht races, when she hears the news of her adoptive father's sudden, mysterious death. Rushing back to meet her five sisters at their family home, she discovers that her father - an elusive billionaire affectionately known to his daughters as Pa Salt - has left each of them a tantalising clue to their true heritagAlly has also recently embarked on a deeply passionate love affair that will change her destiny forever. But with her life now turned upside down, Ally decides to leave the open seas and follow the trail that her father left her, which leads her to the icy beauty of Norway... There, Ally begins to discover her roots - and how her story is inextricably bound to that of a young unknown singer, Anna Landvik, who lived there over 100 years before, and sang in the first performance of Grieg's iconic music set to Ibsen's play 'Peer Gynt'. As Ally learns more about Anna, she also begins to question who her father, Pa Salt, really was. And why is the seventh sister missing?
Kindle Price: £1.19
Click here to download this book.
Posted by Joisel at 4:00 PM