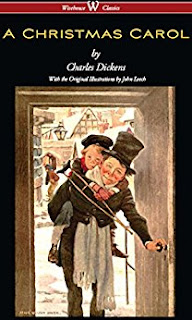 A Christmas Carol
In October 1843, Charles Dickens ― heavily in debt and obligated to his publisher ― began work on a book to help supplement his family's meagre income. That volume, A Christmas Carol, has long since become one of the most beloved stories in the English language. As much a part of the holiday season as holly, mistletoe, and evergreen wreaths, this perennial favourite continues to delight new readers and rekindle thoughts of charity and goodwill. With its characters exhibiting many qualities ― as well as failures ― often ascribed to Dickens himself, the imaginative and entertaining tale relates Ebenezer Scrooge's eerie encounters with a series of spectral visitors. Journeying with them through Christmases past, present, and future, he is ultimately transformed from an arrogant, obstinate, and insensitive miser to a generous, warm-hearted, and caring human being.
Kindle Price: £0.00
Click here to download this book. 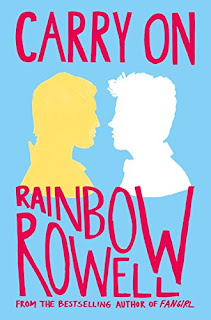 Carry On
Simon Snow is the worst Chosen One who's ever been chosen. That's what his roommate, Baz, says. And Baz might be evil and a vampire and a complete git, but he's probably right. Half the time, Simon can't even make his wand work, and the other half, he starts something on fire. His mentor's avoiding him, his girlfriend broke up with him, and there's a magic-eating monster running around, wearing Simon's face. Baz would be having a field day with all this, if he were here — it's their last year at the Watford School of Magicks, and Simon's infuriating nemesis didn't even bother to show up.
Kindle Price: £1.19
Click he to download this book.
Posted by Joisel at 4:00 PM