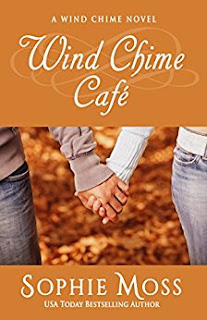 Wind Chime Cafe
When single mother Annie Malone purchases a quirky Main Street café on Heron Island, she thinks she’s finally turned her dream of opening her own restaurant into a reality. Hearing rumors that a developer is about to build a five-star resort on the sleepy Chesapeake Bay island, she plans to transform the café into a premier upscale bistro. But Annie’s life is about to get a lot more complicated. Back on Heron Island for the first time in ten years, Navy SEAL Will Dozier has no intention of selling his grandparents’ property to a developer. As he works on renovating the house and trying to find another buyer, he’s forced to face a painful reality—that he’s secretly struggling with PTSD. Determined to hide his troubles from the rest of the islanders, Will decides that a fling with the new girl is the perfect way to help him “get his head straight.”  The last thing Will expects is to fall in love…with his hometown and with Annie. But Will’s life and career are in San Diego with the SEALs. Can Annie’s love and the healing magic of the island be enough to convince him to stay?
Kindle Price: £0.00
Click here to download this book. 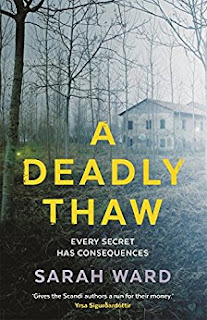 A Deadly Thaw
A man whose killer—his wife—was convicted 15 years ago is discovered freshly murdered in this rivetingly suspenseful mystery from critically acclaimed author Sarah Ward. Lena Grey is found guilty of murdering her husband, who was found smothered in their bed. She offers no defense, and serves fourteen long years in prison. But within months of her release nearly two decades later, his body is found in a disused morgue, recently killed. Who was the man she killed before, and why did she lie about his identity? Detective Inspector Francis Sadler and his Derbyshire team try to discover how such a well-orchestrated deception could have occurred. DC Connie Childs is convinced that something greater than marital strife caused the murders, but before Lena can be questioned further, she vanishes. Back in Lena’s childhood home, her sister Kat, a therapist, is shocked by her sister’s duplicity. When she begins to receive mysterious packages from a young man claiming to know her sister’s location, Kat is drawn into her own investigation of her family’s well-hidden secrets. As her inquiries begin to collide with the murder investigation, a link to the sisters’ teenage lives emerges, and the line between victim and perpetrator becomes blurred in this tightly-plotted, compelling novel perfect for fans of Deborah Crombie and Sharon Bolton.
Kindle Price: £2.99
Click here to download this book.