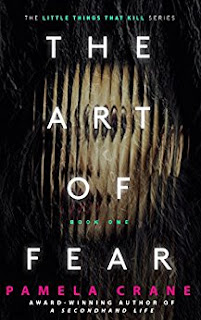 The Art of Fear
Ari Wilburn’s life ended long ago—the day she watched her little sister die in a tragic accident. Crippled with self-blame and resented by her parents, Ari stumbles through life…and into an unlikely clue that casts doubt on whether the death was accidental. A psychological wreck, Ari joins a suicide support group where she meets Tina, a sex-enslaved escapee who suspects foul play in her father’s death. In a pursuit of justice, Tina drags Ari into playing a dangerous game with a killer. Faced with a murderous wake-up call, and desperate to salve her conscience, Ari's investigation fuels the killer’s desire to see her dead. Will Ari find closure and stop a killer, or make those she loves suffer more?
Kindle Price: £0.00
Click here to download this book. 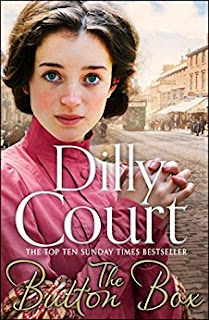 The Button Box
Clara held onto the precious button, glimmering like a jewel in the dark alleyways of London’s notorious Seven Dials. She needed to save her family… but who was going to save her? There was a time when the Carter sisters’ father was their hero. Now he’s a drunk who’s gambled away everything they had and put them all in peril. It's on Clara's shoulders to save the four sisters from destitution. Clutching her precious button box, the only thing of value they have left, Clara dreams of starting a shop that could put a roof over their heads and keep them safe… But in debt to the terrifying Patches Braggs, leader of one of the East End's roughest gangs, Clara is in fear for her life. When a mysterious benefactor seems to offer an escape, Clara realizes too late that it comes at a terrible price…Cheated, abandoned and alone – can Clara save her family and hold onto her dreams?
Kindle Price: £1.49
Click here to download this book.