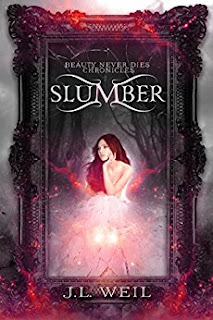 Slumber
Everything Charlotte Winston thought she knew has been thrown out the window. From the moment she opens her eyes, the world she remembered ceases to exist, and in its place is a post-apocalyptic realm filled with unimaginable dangers. And one very smoking hot guy who has an uncanny ability to make her blood sing, then boil in a blink of an eye. Dash Darhk is everything her parents would hate. He’s six feet and two inches of dark temptation and a killer smile, that’s surely left a stream of broken hearts in his wake. But her parents are nowhere to be found. Charlotte is alone in this new world. Destroyed by a toxic mist, the land isn’t the only thing altered, but the inhabitants as well. As Charlotte begins the hunt for her family, gifts she’s never fathom awake inside her. And with the gifts come problems. Enormous ones. Charlotte is running out of options and places to hide. If she can’t figure out who to trust—and fast—she will lose more than her heart.
Kindle Price: £0.00
Click here to download this book. 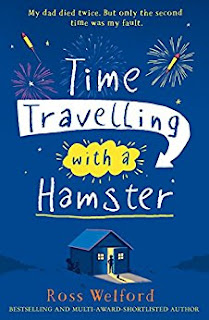 Time Travelling with a Hamster
“My dad died twice. Once when he was thirty nine and again four years later when he was twelve. The first time had nothing to do with me. The second time definitely did, but I would never even have been there if it hadn’t been for his ‘time machine’…”When Al Chaudhury discovers his late dad’s time machine, he finds that going back to the 1980s requires daring and imagination. It also requires lies, theft, burglary, and setting his school on fire. All without losing his pet hamster, Alan Shearer…"
Kindle Price: £0.99
Click here to download this book.
Posted by Joisel at 4:00 PM