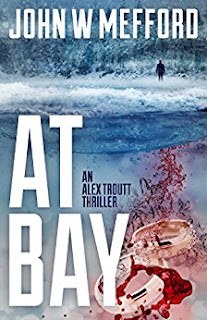 AT Bay
Alexandra Giordano never knew she had it so good. Until it was all gone in an instant. As she begins her daunting quest to uncover the black spots on her memory, what she finds isn't sweet or charming or even pleasant. And that's when she begins to question everything, including herself. Her work as a Special Agent for the FBI is only a distraction, serving as a mental metronome...anything to crank the gears of her feeble mind. And then it happens--a bizarre, ritualistic murder. She loses herself in her work, fully immersed in the investigation. Unable to recall even her own kids, she's somehow able to formulate coherent theories on what type of person could pull off such a sickening act. As her mind slowly plugs a few memory gaps, her emotions are scrambled by the reality of her worlds colliding. And the resulting explosion tears her in two. Can she pick up all the incendiary fragments to solve the twisted crime while she clings to some semblance of sanity? One woman can only keep so much...At Bay.
Kindle Price: £0.00
Click here to download this book. 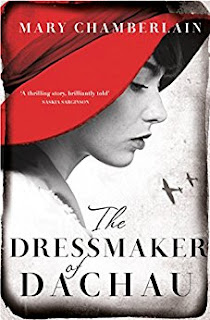 The Dressmaker of Dachau
London, spring 1939. Eighteen-year-old Ada Vaughan, a beautiful and ambitious seamstress, has just started work for a modiste in Dover Street. A career in couture is hers for the taking – she has the skill and the drive – if only she can break free from the dreariness of family life in Lambeth. A chance meeting with the enigmatic Stanislaus von Lieben catapults Ada into a world of glamour and romance. When he suggests a trip to Paris, Ada is blind to all the warnings of war on the continent: this is her chance for a new start. Anticipation turns to despair when war is declared and the two are trapped in France. When the Nazis invade, Stanislaus abandons her and she is taken prisoner, sent to Germany as slave labour and forced to survive on her wits alone. Resilient at every turn, Ada finds the strength that extremity breeds and survives the only way she knows how: by being a dressmaker.
Kindle Price: £0.99
Click here to download this book.
Posted by Joisel at 5:05 PM