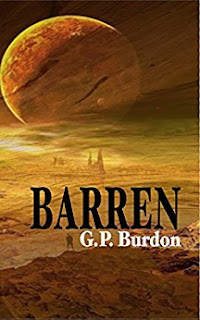 Barren
Leaving a dying Earth behind them, the remnants of humanity head towards their new home on a distant planet.  However, they never reach it, instead crash landing on a barren and hostile planet that no human was ever meant to survive on. With no water, and no hope, they must find a way to keep the human race alive in the wastelands of Icarus.  Mackenzie Miller leaves behind the only life she knows to join the Diviners in their search for water, wandering directly into the greatest dangers Icarus can offer.  There’s more to worry about on Icarus than just dehydration. When Mackenzie learns what truly lurks in the deserts, dying of thirst is the least of her concerns.
Kindle Price: £0.00
Click here to download this book. 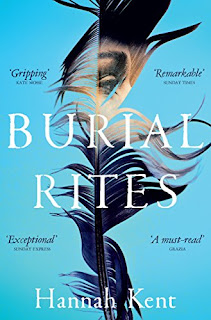 Burial Rites
Set against Iceland's stark landscape, Hannah Kent brings to vivid life the story of Agnes, who, charged with the brutal murder of her former master, is sent to an isolated farm to await execution.  Horrified at the prospect of housing a convicted murderer, the family at first avoids Agnes. Only Tóti, a priest Agnes has mysteriously chosen to be her spiritual guardian, seeks to understand her. But as Agnes's death looms, the farmer's wife and their daughters learn there is another side to the sensational story they've heard.
Kindle Price: £1.19
Click here to download this book.
Posted by Joisel at 10:53 PM