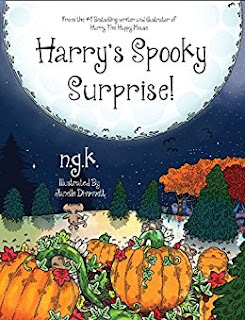 Harry's Spooky Surprise!
Harry's Spooky Surprise is set around Halloween. Harry needs to visit his friends at night time to collect items from them for a very special reason! Harry learns that there is no reason to be afraid of the dark, and the importance of saying 'Thank You!'.
Kindle Price: £0.00
Click here to download this book. 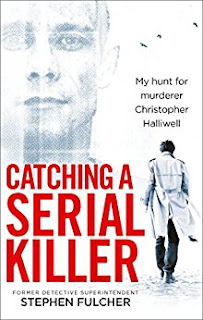 Catching a Serial Killer
On the evening of Saturday, 19 March 2011, D.S. Stephen Fulcher receives a life-changing call that thrusts him into a race against the clock to save missing 22-year-old Sian O’Callaghan, who was last seen at a nightclub in Swindon. Steve knows from experience that he has a small window of time to find Sian alive, but his hopes are quickly dashed when his investigation leads him to Christopher Halliwell, a cabbie with sick obsessions.  Following the investigation as it develops hour-by-hour, Steve’s gripping inside story of the cat-and-mouse situation that ensues shows how he hunted down Halliwell – his number-one suspect – which led him to the discovery of Sian’s body and another victim, Becky Godden-Edwards, who had been missing since 2002. The murders shocked the nation and Halliwell become one of the most hated men in Britain. Since then, he has been linked to several murders and disappearances, and has been called 'sick in the head' by an ex-cellmate for his unrelenting hatred of women.
Kindle Price: £1.99
Click here to download this book.
Posted by Joisel at 4:00 PM