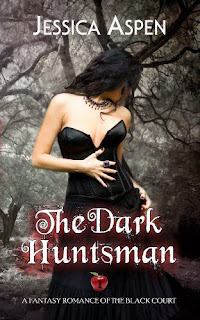 The Dark Huntsman
An evil queen, a dangerous man, and a witch, tangled together in a tale of Snow White...
Desperate to save the last of her family from the murderous Faery Queen, Trina Mac Elvy weaves a spell of entrapment. But instead of a common soldier, the queen has released the Dark Huntsman, a full blooded fae with lethal powers. Caged for treason, Logan Ni Brennan, is ready to do anything to win free of the manipulative queen, even if it includes running a last errand for her…murdering a witch. The sight of Trina, ready to fight despite the odds, gives him another option: use the witch as a chess piece, put the queen’s son on the throne, and bring down the queen forever. As the queen slides into insanity and her closest advisor makes plans to succeed to the throne, Logan secrets Trina away in the enchanted forest and makes a decisive move in his dangerous game of manipulation. But the gaming tables of fate turn on him, and when Trina’s life is threatened he discovers he risks more than his freedom…he risks his heart.
Kindle Price: £0.00
Click here to download this book. 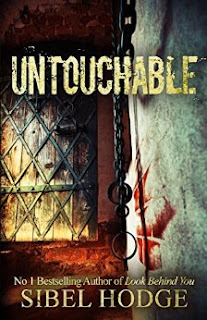 Untouchable
It’s Maya and Jamie’s anniversary, and she waits with excitement for him to return home for a celebratory dinner. There’s a knock at the door. It’s the police. Jamie has been found hanging in a local wood. His death is ruled a suicide, but Maya doesn’t believe Jamie would take his own life. Something isn’t right. Someone has broken into her house. Someone is watching her. And someone has gone to great lengths to cover up what Jamie was doing before he died. Maya’s grief turns to suspicion, and as she begins to investigate the weeks leading up to Jamie’s death, her trail leads her to a place known as “The Big House” and the horrific secrets within. Secrets people will stop at nothing to keep hidden. People linked to the heart of the Establishment who think they’re untouchable. Now Maya has a dangerous decision to make. How far is she prepared to go to reveal the truth?
Kindle Price: £1.99
Click here to download this book.
Posted by Joisel at 12:58 AM