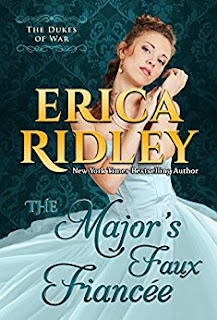 The Major's Faux Fiancee
When Major Bartholomew Blackpool learns the girl-next-door from his childhood will be forced into an unwanted marriage, he returns home to play her pretend beau. He figures now that he's missing a leg, a faux fiancée is the best an ex-soldier can get. He admires her pluck, but the lady deserves a whole man—and he'll ensure she gets one. Miss Daphne Vaughan hates that crying off will destroy Major Blackpool's chances of finding a real bride. She plots to make him jilt her first. Who cares if it ruins her? She never wanted a husband anyway. But the major is equally determined that she break the engagement. With both of them on their worst behavior, neither expects their fake betrothal to lead to love...
Kindle Price: £0.00
Click here to download this book. 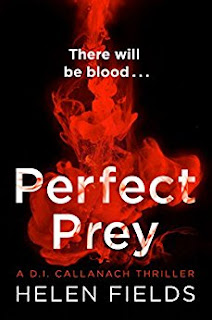 Perfect Prey
In the midst of a rock festival, a charity worker is sliced across the stomach. He dies minutes later. In a crowd of thousands, no one saw his attacker. The following week, the body of a primary school teacher is found in a dumpster in an Edinburgh alley, strangled with her own woollen scarf.DI Ava Turner and DI Luc Callanach have no motive and no leads – until around the city, graffitied on buildings, words appear describing each victim. It’s only when they realise the words are appearing before rather than after the murders, that they understand the killer is announcing his next victim…and the more innocent the better.
Kindle Price: £0.99
Click here to download this book.
Posted by Joisel at 4:00 PM