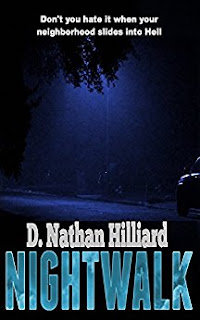 Nightwalk
Welcome to Coventry Woods, …a tranquil, middle class neighborhood where trees turn the streets into shady tunnels, soccer moms jog on secluded paths, and backyard barbeques are weekend staples. It’s a quiet, urban example of the American dream. Here businessmen are neighbors with radio DJs, young doctors buy their first houses, and author Mark Garrett has been settling in with his lovely new wife and stepdaughter. But tonight Mark’s new neighborhood is going to come with something he never bargained on. The pits of hell have yawned wide and poured their contents into the midnight streets and homes of Coventry Woods. Everything has gone insane. Shots and screams ring out in the night, while death stalks the darkness in forms this earth has never before seen. Even worse, the only hope of escape is by foot. Now Mark, along with his stepdaughter and his back-fence neighbor, must flee the neighborhood while attempting to help anybody they meet. And it won’t be easy. They will be walking a gauntlet of unearthly predators, as they strive toward a goal they aren’t even sure still exists…the outside world.
Kindle Price: £0.00
Click here to download this book. 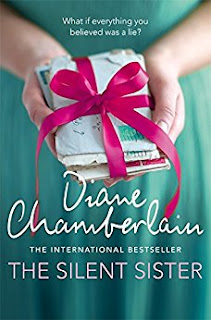 The Silent Sister
Riley MacPherson has spent her entire life believing that her older sister Lisa committed suicide as a teenager. Now, over twenty years later, her father has passed away and she's in New Bern, North Carolina cleaning out his house when she finds evidence to the contrary. Lisa is alive. Alive and living under a new identity. But why exactly was she on the run all those years ago, and what secrets are being kept now? As Riley works to uncover the truth, her discoveries will put into question everything she thought she knew about her family. Riley must decide what the past means for her present, and what she will do with her newfound reality, in this engrossing mystery from international bestselling author Diane Chamberlain.
Kindle Price: £1.19
Click here to download this book.