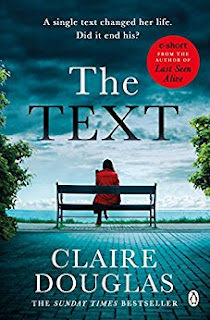 The Text
Emily Latimer is furious. Her boss Andrew is being so unreasonable, as always. She fires off a text to her boyfriend, only in her haste she sends it to her whole office group. In it she says Andrew's being difficult about letting her have time off work. That she is angry. That she hopes he dies. The next day her face burns in the office. No one believes her when she says it was a typo, she meant to say does. She hopes he does. It's a nightmare. But it gets worse - Andrew doesn't turn up for work. And then the police come knocking. Because Andrew Burton has been murdered . . .
Kindle Price: £0.00
Click here to download this book. 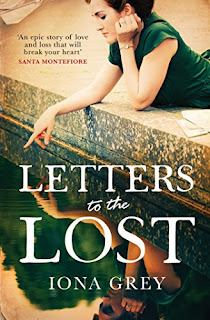 Letters to the Lost
1943, in the ruins of Blitzed London…Stella Thorne and Dan Rosinski meet by chance and fall in love by accident. Theirs is a reluctant, unstoppable affair in which all the odds are stacked against them: she is newly married, and he is an American bomber pilot whose chance of survival is just one in five.… He promised to love her forever. Seventy years later Dan makes one final attempt to find the girl he has never forgotten, and sends a letter to the house where they shared a brief yet perfect happiness. But Stella has gone, and the letter is opened by Jess, a young girl hiding from problems of her own. And as Jess reads Dan's words, she is captivated by the story of a love affair that burned so bright and dimmed too soon. Can she help Dan find Stella before it is too late? Now forever is finally running out.
Kindle Price: £0.99
Click here to download this book.
Posted by Joisel at 4:00 PM