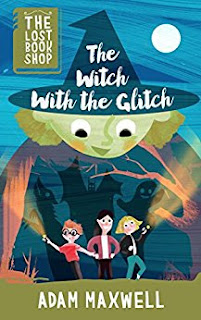 The Witch With The Glitch
Nina, Ivy and Oswald know a huge secret. There is a hidden room in the Lost Bookshop and the books inside are magic, transporting the children to untold adventure. When they find themselves zapped by the wand of a witch with a glitch they begin a race against time to reverse the spell. They must find the mysterious Izzy before the clock strikes midnight on Halloween or risk being stuck in the fairytale land forever.
Kindle Price: £0.00
Click here to download this book. 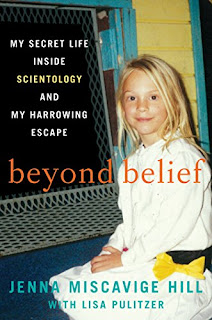 Beyond Belief
Jenna Miscavige was raised to obey. As niece of the Church of Scientology's leader David Miscavige, she grew up at the center of this controversial organization. At 21, she made a break, risking everything she'd ever known and loved to leave Scientology once and for all. Now she speaks out about her life, the Church, her escape, going deep inside a religion that, for decades, has been the subject of fierce debate and speculation worldwide. Piercing the veil of secrecy that has shrouded the world of Scientology, this insider reveals unprecedented firsthand knowledge of the religion, its rituals and its mysterious leader—David Miscavige. From her prolonged separation from her parents as a small child to being indoctrinated to serve the Church, from her lack of personal freedoms to the organization's emphasis on celebrity recruitment, Jenna goes behind the scenes of Scientology's oppressive and alienating culture, detailing an environment rooted in control in which the most devoted followers often face the harshest punishments when out of line. Detailing some of the Church's notorious practices, she also describes a childhood of isolation and neglect—a childhood that, painful as it was, prepared her for a tough life in the Church's most devoted order, the Sea Org. Despite this hardship, it's only when her family approaches dissolution and her world begins to unravel that she's finally able to see the patterns of stifling conformity and psychological control that have ruled her life. Faced with a heartbreaking choice, she mounts a courageous escape, but not before being put thru the ultimate test of family, faith and love.
Kindle Price: £1.99
Click here to download this book.
Posted by Joisel at 4:00 PM