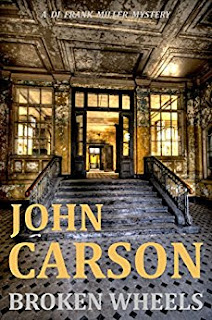 BROKEN WHEELS
It’s two weeks before Christmas, and a young girl’s body is found on the Edinburgh coastline, a knife rammed into her eye. She’s wearing earrings worth thousands of pounds. DI Frank Miller and his team discover the earrings were part of a haul from a jewellery store robbery. The girl has been listed as missing from Birmingham. So how did she end up dead on an Edinburgh beach? An Edinburgh resident is found dead in a cemetery, a knife rammed into her eye. What is her connection to the dead runaway? As Miller investigates, the killer is working to an agenda and this is going to be one Christmas that Frank Miller and his team are never going to forget…
Kindle Price: £0.00
Click here to download this book. 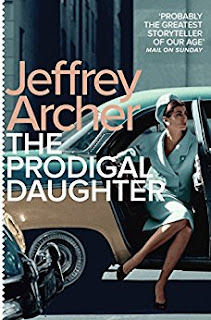 The Prodigal Daughter
With a will of steel, Polish immigrant Florentyna Rosnovski is indeed Abel's daughter. She shares with her father a love of America, his ideals, and his dream for the future. But she wants more to be the first female president. Golden boy Richard Kane was born into a life of luxury. The scion of a banking magnate he is successful, handsome, and determined to carve his own path in the world-and to build a future with the woman he loves. With Florentyna's ultimate goal only a heartbeat away, both are about to discover the shattering price of power as a titanic battle of betrayal and deception reaches out from the past-a blood feud between two generations that threatens to destroy everything Florentyna and Richard have fought to achieve.
Kindle Price: £1.19
Click here to download this book.
Posted by Joisel at 5:51 PM