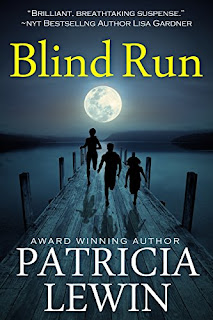 Blind Run
Ethan Decker is a specialized “Hunter” for the most secretive agency of the U.S. government, tracking down ruthless international fugitives. But when a renegade assassin kills Decker’s young son, he leaves his unsuspecting wife—to save her from the madman’s threats—and exiles himself to a remote desert in New Mexico. Then one searing day, a former member of Decker’s covert team arrives at his door, shepherding two children. She entrusts them to his protection and leaves without explanation—only to turn up dead a few miles down the road, killed by the man who murdered Decker’s son. Suddenly the race is on: to reach his ex-wife before the ruthless assassin finds her, and to unlock the mystery behind the two children—innocents who end up as pawns in a dark conspiracy so evil that even this former spy cannot imagine the peril that lies directly in his path.
Kindle Price: £0.00
Click here to download this book. 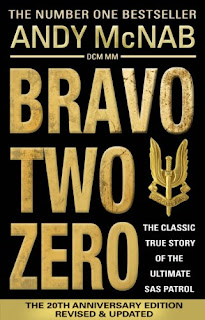 Bravo Two Zero
In January 1991, eight members of the SAS regiment embarked upon a top secret mission that was to infiltrate them deep behind enemy lines. Under the command of Sergeant Andy McNab, they were to sever the underground communication link between Baghdad and north-west Iraq, and to seek and destroy mobile Scud launchers. Their call sign: BRAVO TWO ZERO. Each man laden with 15 stone of equipment, they patrolled 20km across flat desert to reach their objective. Within days, their location was compromised. After a fierce fire fight, they were forced to escape and evade on foot to the Syrian border. In the desperate action that followed, though stricken by hypothermia and other injuries, the patrol 'went ballistic'. Four men were captured. Three died. Only one escaped. For the survivors, however, the worst ordeals were to come. Delivered to Baghdad, they were tortured with a savagery for which not even their intensive SAS training had prepared them.
Kindle Price: £1.99
Click here to download this book.
Posted by Joisel at 12:32 AM