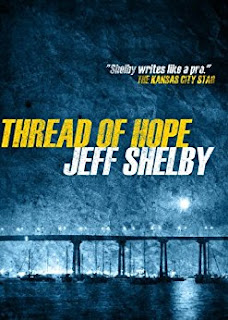 Thread of Hope
If someone took your child, how soon would you stop looking for her? If someone accused your best friend of a terrible crime, when would you stop defending him? Seven years after Joe Tyler’s daughter Elizabeth was abducted, he hasn’t stopped looking for answers, and he hasn’t forgotten the friend who stood by him as he lost his wife, his home, and his career in his search. Now he’s been brought back to San Diego by the news that this friend has been arrested for beating up a teenage girl—a girl not much older than Elizabeth would be now. Joe is convinced Chuck Winslow is innocent, but Chuck is in a coma and can’t explain what happened. And the more Joe hears about what Chuck’s been up to in the years he’s been gone, the less Joe recognizes his old friend. To find out the truth, he will have to face his ex-wife, his former bosses, and a hometown full of wealth, lies, and illicit privilege. When Chuck’s accuser goes missing, Joe must decide where his loyalties truly lie.
Kindle Price: £0.00
Click here to download this book. 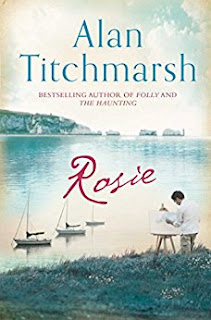 Rosie
Nick Robertson has become used to his grandmother Rosie's dotty behaviour. At 86, a widow now, she is determined that before life passes her by, she will live a little. Or, preferably, a lot. It wouldn't be so bad if Nick had nothing else to do, but with a job to find, two warring parents to cope with and a love life in terminal decline, he would prefer his grandmother to get on with things quietly. But, Rosie insists, there is no time like the present. Life is to be enjoyed to the full and to hell with the consequences. She'll help Nick find the soulmate he clearly lacks and he can help her make the most of her few remaining years. Alan Titchmarsh's sparkling new novel is a delicious blend of humour and romance, and a resounding affirmation that there is no such thing as the generation gap.
Kindle Price: £0.99
Click here to download this book.
Posted by Joisel at 4:00 PM