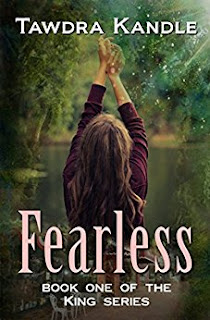 FEARLESS
Tasmyn Vaughn didn't expect much when her dad’s job moved them to a small town in Florida; it was just another new school. But there is more to King than meets the eye, and soon Tasmyn’s ability to hear other’s thoughts is the least of her worries. Entangled in a web of first love, quirky and secretive townsfolk, magic and blood rituals, she discovers the town’s secrets aren’t just bizarre, they’re deadly.
Kindle Price: £0.00
Click here to download this book. 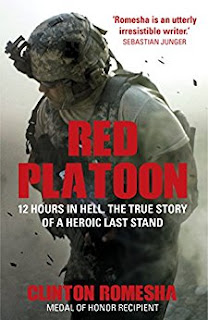 Red Platoon
In 2009, Clinton Romesha of Red Platoon and the rest of the Black Knight Troop were preparing to shut down Command Outpost Keating, the most remote and inaccessible in a string of bases built by the U.S. military in Nuristan and Kunar in the hope of preventing Taliban insurgents from moving freely back and forth between Afghanistan and Pakistan. Three years after its construction, the army was finally ready to concede what the men on the ground had known immediately: it was simply too isolated and too dangerous to defend. On October 3, 2009, after years of constant smaller attacks, the Taliban finally decided to throw everything they had at Keating. The ensuing 14-hour battle-- and eventual victory-- cost 8 men their lives.
Kindle Price: £1.99
Click here to download this book.
Posted by Joisel at 4:00 PM