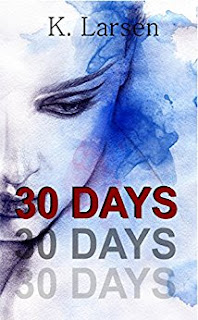 30 Days
Abused by her husband. Dealing with the loss of her only sister. A suicide attempt that doesn’t end in death and a husband who wants her inheritance. Elle’s life is a catastrophe. But she has a list and thirty things she’s determined to accomplish. Love isn't on that list but it comes crashing unexpectedly into her life. Boxing coach and personal trainer at the gym he co-owns, Colin’s content with his life. Until a chance meeting with a woman eating alone at a restaurant sets his heart in motion. As secrets unveil themselves his only goal becomes holding on to what he’s found.
Kindle Price: £0.00
Click here to download this book. 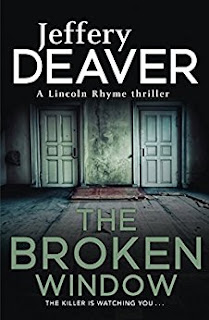 The Broken Window
When Lincoln's estranged cousin Arthur Rhyme is arrested on murder charges, the case is perfect -- too perfect. Forensic evidence from Arthur's home is found all over the scene of the crime, and it looks like the fate of Lincoln's relative is sealed. At the behest of Arthur's wife, Judy, Lincoln grudgingly agrees to investigate the case. Soon Lincoln and Amelia uncover a string of similar murders and rapes with perpetrators claiming innocence and ignorance -- despite ironclad evidence at the scenes of the crime. Rhyme's team realizes this "perfect" evidence may actually be the result of masterful identity theft and manipulation. An information service company -- the huge data miner Strategic Systems Datacorp -- seems to have all the answers but is reluctant to help the police. Still, Rhyme and Sachs and their assembled team begin uncovering a chilling pattern of vicious crimes and coverups, and their investigation points to one master criminal, whom they dub "522." When "522" learns the identities of the crime-fighting team, the hunters become the hunted.
Kindle Price: £0.99
Click here to download this book.
Posted by Joisel at 11:43 PM