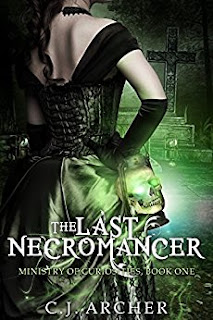 The Last Necromancer
Victorian London: For five years, Charlotte (Charlie) Holloway has lived as a boy in the slums. But when one theft too many gets her arrested, her only means of escape lies with a dead man. Charlie hasn't raised a spirit since she first discovered she could do so five years ago. That time, her father banished her. This time, she brings even more trouble upon herself. People are now hunting Charlie all over London, but only one man succeeds in capturing her. Lincoln Fitzroy is the mysterious head of a secret organization on the trail of a madman who needs a necromancer to control his newly "made" creatures. There was only one known necromancer in the world - Charlotte - but now there appears to be two. Lincoln captures the willful Charlie in the hopes the boy will lead him to Charlotte. But what happens when he discovers the boy is in fact the young woman he's been searching for all along? And will she agree to work for the man who held her against her will, and for an organization she doesn't trust? Because Lincoln and his ministry might be just as dangerous as the madman they're hunting.
Kindle Price: £0.00
Click here to download this book. 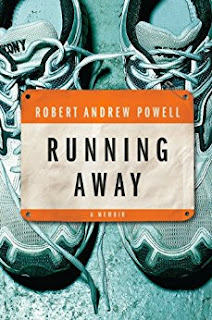 Running Away
When journalist Robert Andrew Powell finished his first marathon, he cried, cradled in his father’s arms. Long distance runners understand where those tears come from, even if there are others who will never understand what drives someone to run 26.2 consecutive miles in a grueling mental and physical test. Powell’s emotional reaction to completing the race wasn’t just about the run, though. It was also about the joy and relief of coming back up after hitting rock bottom. Running Away is the story of how one decision can alter the course of a life. Knocked down by a painful divorce and inspired by his father, Powell decided to change his mindset and circumstances. He moved to Boulder and began running in earnest for the first time in his life. Over the 26.2 chapters that follow, Powell grapples with his past relationships, gaining insight and hard-won discipline that give him hope for the future.
Kindle Price: £0.99
Click here to download this book.