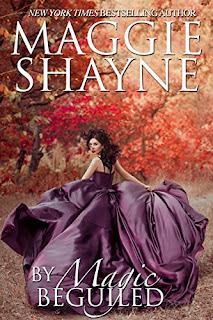 By Magic Beguiled
As a child Adam found respite from his father’s cruelty in the woods around their home. During one of his forest adventures, he crawled through tunnel and emerged into another world, a magical world, where a beautiful fairy child splashes in an enchanted pool. It was just imagination…Or so Adam tells himself as an adult. Until he finds a painting of that same crystal-strewn glade, that same glistening pool, the same mysterious girl splashing in its waters. That painting becomes his most cherished possession. Brigit thinks she knows who she is… A fire razed the orphanage where she lived. But a homeless man saved her, and he saved the book that had been left on its doorstep with her. She and Raze have been family to each other ever since. Brigit can paint anything she sees precisely, and she uses her gift to get her and Raze off the streets when he gets too old and too sick to survive that way anymore. The wrong people find out about her ability, though, and Raze is kidnapped. To get him back, Brigit must get close enough to Adam to copy his painting, switch them, and deliver the original to the kidnapper. But it’s not just a painting… It’s the key to Brigit’s secret past, her connection to the enchanted land Adam discovered as a boy, and a message from a twin sister she never knew she had pointing the way to her destiny.
Kindle Price: £0.00
Click here to download this book. 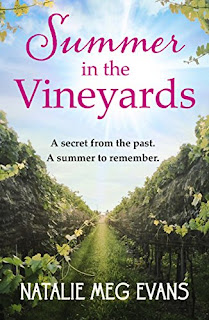 Summer in the Vineyards
Shauna Vincent has just learned that the job she set her heart on has gone to a well-connected rival. Devastated, she accepts an offer from an old family friend, and soon Shauna is deep in the French countryside with endless hours to explore the magical landscape around her. Her new home is the ancient Chateau de Chemignac with its vineyards and hidden secrets. Then Shauna falls asleep one afternoon in a valley full of birdsong, and has a strange and unsettling dream. So when she suddenly awakes to find charming local landowner Laurent de Chemignac standing over her, Shauna can't help but wonder if the dashing aristocrat might be just the person to help her untangle the secret that this little French castle amongst the vines might be hiding.
Kindle Price: £0.99
Click here to download this book.
Posted by Joisel at 4:00 PM