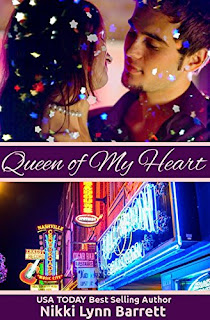 Queen Of My Heart
When the next King of country music offers to take you under his wing, what's a girl to do? Pinch herself, of course. Repeatedly. Then take the offer! Quinn Winters is tired of being the actress known for most killed off characters. After discovering her love of music when her last role portrayed a country singer on a daytime soap opera, she's making a much needed change in life. Quinn is unprepared for the demands and expectations needed to succeed in Music City. One pleading call from her sister puts her in an all too familiar, but unwanted position. Five years ago, Tucker McGinnis auditioned for a reality singing show, never expecting to win. His sudden fame and popularity comes as a major surprise. After a multi platinum debut, his second album is suffering the dreaded sophomore jinx. His musical muse becomes elusive when guilt plagues him over an accident which affects his family. He is blown away by Quinn when he overhears her audition at his record label, singing his most personal song.  An attraction builds, and a connection through music is formed.  But when life gets in the way, Tucker makes another offer - A temporary marriage which will benefit both of them, until things become too real. Two souls destined for the stage, two hearts blending together to create beautiful music as individuals, but even better as country music's next power couple- if they can shed the images of who they used to be.
Kindle Price: £0.00
Click here to download this book. 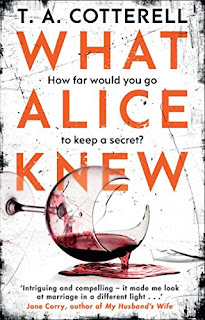 What Alice Knew
Alice has a perfect life – a great job, happy kids, a wonderful husband. Until he goes missing one night; she receives a suspicious phone call; things don’t quite add up. Alice needs to know what’s going on. But when she uncovers the truth she faces a brutal choice. And how can she be sure it is the truth? Sometimes it’s better not to know.
Kindle Price: £0.99
Click here to download this book.
Posted by Joisel at 8:13 PM