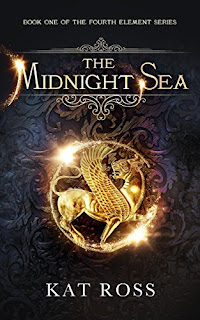 The Midnight Sea
Nazafareen lives for revenge. A girl of the isolated Four-Legs Clan, all she knows about the King's elite Water Dogs is that they leash wicked creatures called daevas to protect the empire from the Undead. But when scouts arrive to recruit young people with the gift, she leaps at the chance to join their ranks. To hunt the monsters that killed her sister. Scarred by grief, she's willing to pay any price, even if it requires linking with a daeva named Darius. Human in body, he's possessed of a terrifying power, one that Nazafareen controls. But the golden cuffs that join them have an unwanted side effect. Each experiences the other's emotions, and human and daeva start to grow dangerously close. As they pursue a deadly foe across the arid waste of the Great Salt Plain to the glittering capital of Persepolae, unearthing the secrets of Darius's past along the way, Nazafareen is forced to question his slavery—and her own loyalty to the empire. But with an ancient evil stirring in the north, and a young conqueror sweeping in from the west, the fate of an entire civilization may be at stake…
Kindle Price: £0.00
Click here to download this book. 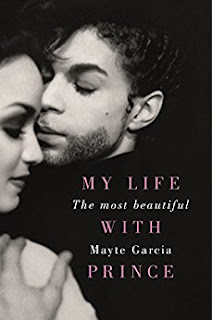 My Life With Prince
A title inspired by the hit song Prince wrote about their legendary love story, Mayte Garcia for the first time shares the deeply personal story of their relationship and offers a singular perspective on the music icon and their world together: from their unconventional meeting backstage at a concert (and the long-distance romance that followed), to their fairy-tale wedding (and their groundbreaking artistic partnership), to the devastating losses that ultimately dissolved their romantic relationship for good. Throughout it all, they shared a bond more intimate than any other in Prince's life. No one else can tell this story or can provide a deeper, more nuanced portrait of Prince--both the famously private man and the pioneering, beloved artist--than Mayte, his partner during some of the most pivotal personal and professional years of his career.
Kindle Price: £1.99
Click here to download this book.
Posted by Joisel at 4:00 PM