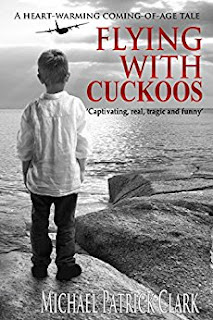 Flying with cuckoos
Flying with Cuckoos tells the true story of a journey of discovery, as a young and naïve Michael Clark leaves a desperately-unhappy adopted home, to join the armed forces, as a ‘boy apprentice’ before transferring into one of the most ill-disciplined and disreputable units in the British armed forces. As the story unfolds, we follow his progress; from one-sided battles with school bullies in suburban England, to even-more one-sided battles with the S.A.S. in some of the world’s most dangerous and exotic places; from the jungles of South-East Asia, and the bullet-scarred shacks of Gaddafi’s ‘new’ Libya, through the tragedy of the war in Vietnam, and the hedonistic excess of swinging-sixties Bangkok and Singapore.
Kindle Price: £0.00
Click here to download this book. 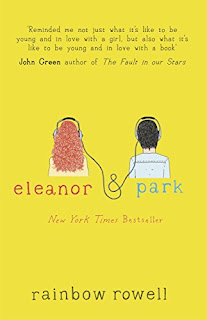 Eleanor & Park
Eleanor... Red hair, wrong clothes. Standing behind him until he turns his head. Lying beside him until he wakes up. Making everyone else seem drabber and flatter and never good enough...Eleanor.
Park... He knows she'll love a song before he plays it for her. He laughs at her jokes before she ever gets to the punch line. There's a place on his chest, just below his throat, that makes her want to keep promises...Park. Set over the course of one school year, this is the story of two star-crossed sixteen-year-olds—smart enough to know that first love almost never lasts, but brave and desperate enough to try.
Kindle Price: £0.99
Click here to download this book.
Posted by Joisel at 4:00 PM