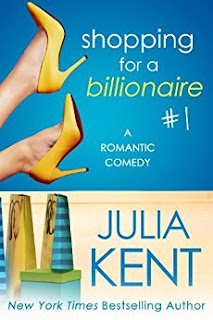 Shopping for a Billionaire 1
When mystery shopper Shannon Jacoby meets billionaire Declan McCormick with her hand down a toilet in the men's room of one of his stores, it's love at first flush in this hilarious new romantic comedy from New York Times bestselling author Julia Kent.
Kindle Price: £0.00
Click here to download this book. 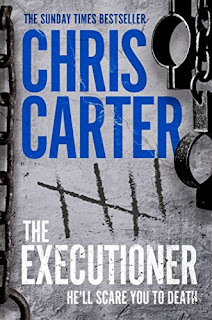 The Executioner
Inside a Los Angeles church, on the altar steps, lies the blood-soaked, decapitated body of a priest. Carefully positioned, legs stretched out, arms crossed over the chest, the most horrifying thing of all is that the priest's head has been replaced by that of a dog. Later, the forensic team discover that, on the victim's chest, the figure '3' has been scrawled in blood. At first, Detective Robert Hunter believes that this is a ritualistic killing. But as more bodies surface, he is forced to reassess. All the victims died in the way they feared the most. Their worst nightmares have literally come true. But how could the killer have known? And what links these apparently random victims? Hunter finds himself on the trail of an elusive and sadistic killer, somone who apparently has the power to read his victims' minds. Someone who can sense what scares his victims the most. Someone who will stop at nothing to achieve his twisted aim.
Kindle Price: £0.99
Click here to download this book.