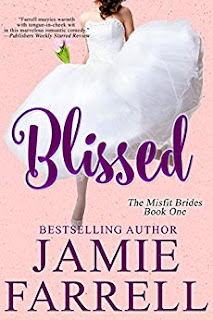 Blissed
She's an out-of-place single mother...Natalie Castellano didn't have the wedded bliss experience typical of her hometown, but that won't stop her from ensuring this year's bridal festival goes off without a hitch. Even if it means she has to play nice with the man who broke her fairy tale. He's a thrill-seeking widower... World adventurer and reluctant local hero CJ Blue doesn't want to be in Bliss anymore than Natalie wants him here. But family obligations have brought him back, and now, Natalie is using every trick she has to rope him into helping save a tradition he'd rather forget. And their fun is just starting...Despite their rocky past, these two wounded souls have more in common than they expect. They've both loved and lost, they've both tried to move on, and now they've both locked up their hearts. But by joining forces for the sake of Bliss, they might find the courage to risk love one more time.
Kindle Price: £0.00
Click here to download this book. 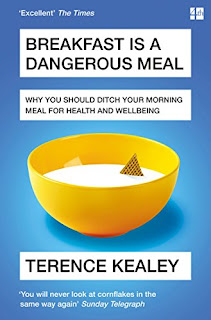 Breakfast is a Dangerous Meal
Since Victorian times, we have been told to breakfast like kings and dine like paupers. In the wake of his own type 2 diabetes diagnosis, Professor Terence Kealey was given the same advice. He soon noticed that his glucose levels were unusually high after eating first thing in the morning. But if he continued to fast until lunchtime they fell to a normal level. Professor Kealey began to question how much evidence there was to support the advice he’d been given, and whether there might be an advantage for some to not eating breakfast after all.
Kindle Price: £1.49
Click here to download this book.
Posted by Joisel at 4:00 PM