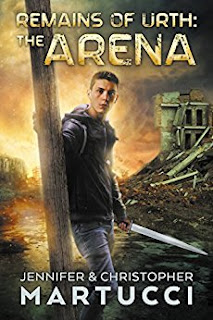 Remains of Urth
"Long ago, my kind ruled the planet. But that was before the war. Before everything changed. Now we are almost extinct and nearly every species alive seeks to destroy us. Keeping my family and myself alive is a daily battle. Desperately trying to stave off hunger and waiting for the day we are found. But this is the only life I know. It's all I've ever known. I know it's only a matter of time until we are all gone. But I will keep fighting to live and keep those I love safe in a world where we don't belong. This is what it means to be part of a species that is hunted. A species that is hated. This is what it means to be human. Two hundred years into the future, human beings are an endangered species. Seventeen year old Lucas struggles daily to keep his family safe, hidden deep in the woods. His camp is discovered by the species that rules the planet, a species known as Urthmen. Most inhabitants of the camp are slaughtered, leaving only the young. Imprisoned by Urthmen and thrust into an arena, Lucas and his family are forced to fight for their lives in a whole new way. Will they perish or will they survive and escape to the remains of a hostile planet, the remains of Urth?"
Kindle Price: £0.00
Click here to download this book. 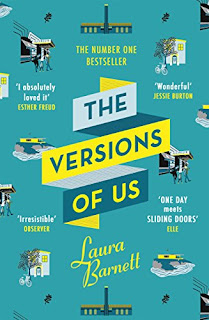 The Versions of Us
What if you had said yes? The moments that change everything... One Day meets Sliding Doors in this outstanding debut that is causing a buzz across the publishing world
Some moments can change your life for ever. Have you ever wondered, what if...? A man is walking down a country lane. A woman, cycling towards him, swerves to avoid a dog. On that moment, their future hinges. There are three possible outcomes, three small decisions that could determine the rest of their life. Eva and Jim are nineteen and students at Cambridge when their paths first cross in 1958. And then there is David, Eva's then-lover, an ambitious actor who loves Eva deeply. The Versions of Us follows the three different courses their lives could take following this first meeting. Lives filled with love, betrayal, ambition but through it all is a deep connection that endures whatever fate might throw at them.
Kindle Price: £0.99
Click here to download this book.
Posted by Joisel at 4:00 PM