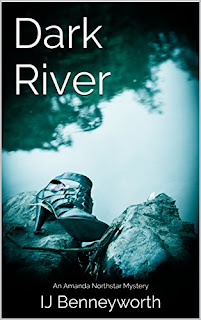 Dark River
Independence, a small town and county on the banks of the Hudson River, is a typical, all-American community with a proud history dating back to Colonial times. But just like anywhere else it cannot escape the darker side of human nature. Murder, violence, corruption; these and other crimes are not the exception in Independence. But Sheriff Amanda Northstar is determined that they don't become the rule. When the body of Judy Sterling, one of Independence's most prominent councillors, washes up on the bank of the Hudson the first assumption is suicide. With her car abandoned near the county's main bridge, a suicide note left inside, it seems that Judy willingly jumped to her death.  However, Amanda's intuition tells her that there is far more to Judy’s death than first appears. As more evidence emerges and Amanda and her deputies piece together the growing collection of clues, they discover that Judy was caught up in a web of lies, desperation, betrayal and perhaps even murder.
Kindle Price: £0.00
Click here to download this book. 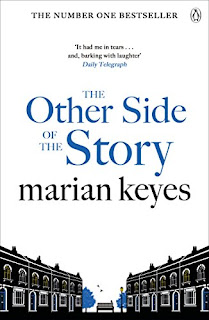 The Other Side of the Story
The agent
Jojo, a high-flying literary agent on the up, has just made a very bad career move: she's jumped into bed with her married boss, Mark ...
The bestseller
Jojo's sweet-natured client Lily's first novel is a roaring success. She and lover Anton celebrate by spending the advance for her second book. Then she gets writer's block...
The unknown
Gemma used to be Lily's best friend - until Lily 'stole' Anton. Now she's writing her own story - painfully and hilariously - when supershark Jojo stumbles across it ...Three girls hoping and sometimes needing to make it big in the publishing world. But did anybody ever tell them that there's always another side to every story?
Kindle Price: £1.99
Click here to download this book.
Posted by Joisel at 10:18 PM