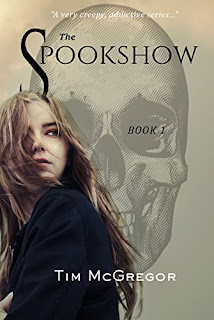 The Spookshow
Life used to be normal for Billie Culpepper. Drab even. That all that changed after an accident left her in a coma for three days. That's when the spookshow really began, when Billie realized that she could see the dead. And the dead could see her.  Now, they won't leave her alone. Accompanying two friends through a haunted house, Billie uncovers a terrible secret that brings, not only the police, but the homicide detective responsible for putting her into the hospital in the first place. He's also the one man she sworn to stay away from.
Kindle Price: £0.00
Click hereto download this book. 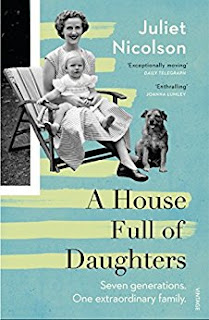 A House Full of Daughters
All families have their myths and legends. For many years Juliet Nicolson accepted hers--the dangerous beauty of her flamenco dancing great-great-grandmother Pepita, the flirty manipulation of her great-grandmother Victoria, the infamous eccentricity of her grandmother Vita Sackville-West, her mother’s Tory-conventional background. But then Juliet, a distinguished historian, started to question. As she did so, she sifted fact from fiction, uncovering details and secrets long held just out of sight. A House Full of Daughters takes us through seven generations of women. In the nineteenth-century slums of Malaga, the salons of fin-de-siecle Washington D.C., an English boarding school during the Second World War, Chelsea in the 1960s, the knife-edge that was New York City in the 1980s, these women emerge for Juliet as people in their own right, but also as part of who she is and where she has come from.
Kindle Price: £1.99
Click hereto download this book.
Posted by Joisel at 4:00 PM