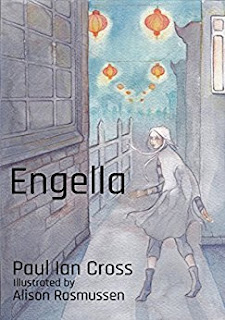 Engella
After months on the run - chased by the scary HUNTERS - she has finally found somewhere safe to call home. The problem is - it's not long before her past catches up with her. Will she get away this time?
Kindle Price: £0.00
Click here to download this book. 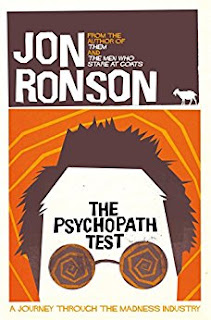 The Psychopath Test
When Jon Ronson is drawn into an elaborate hoax played on some of the world's top scientists, his investigation leads him, unexpectedly, to psychopaths. He meets an influential psychologist who is convinced that many important business leaders and politicians are in fact high-flying, high-functioning psychopaths, and teaches Ronson how to spot them. Armed with these new abilities, Ronson meets a patient inside an asylum for the criminally insane who insists that he's sane, a mere run-of-the-mill troubled youth, not a psychopath-- a claim that might be only manipulation, and a sign of his psychopathy. He spends time with a death-squad leader institutionalized for mortgage fraud, and a legendary CEO who took joy in shutting down factories and firing people. He delves into the fascinating history of psychopathy diagnosis and treatments, from LSD-fueled days-long naked therapy sessions in prisons to attempts to understand serial killers. Along the way, Ronson discovers that relatively ordinary people are, more and more, defined by their most insane edges.
Kindle Price: £1.09
Click here to download this book.
Posted by Joisel at 4:00 PM