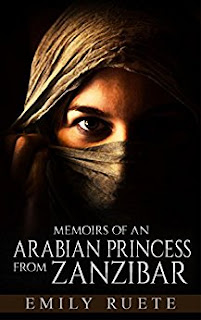 Memoirs of an Arabian Princess from Zanzibar
In 1844, Salamah bint Saïd was born into royalty of the sultanate of Zanzibar and Omar. She was the youngest out of Sayyid Said bin Sultan Al-Busaid’s thirty children and daughter of a Circassian concubine, and through her early years spent in a variety of great palaces she experienced vast wealth. This is the story of Saïd’s life, written after she had left Zanzibar and eloped with Rudolph Heinrich Ruete to Germany to begin life under her new name, Emily Ruete. From an early age she was witness to the intrigue and politics of the harem, even involving herself at the tender age of fifteen to the factional infighting and an attempted coup by her brother Barghash against another brother. But this is more than merely an interesting story of one Arabian princess’s life in East Africa, as Saïd provides a fascinating insight into the social and cultural history of Zanzibar. She writes on numerous topics from schooling to fashion, medical treatment to slavery, thus giving a vivid impression of when she lived.
Kindle Price: £0.00
Click here to download this book. 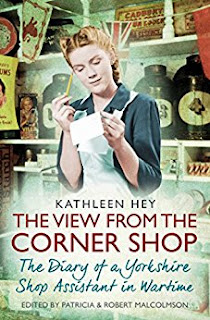 The View From the Corner Shop
Kathleen Hey spent the war years helping her sister and brother-in-law run a grocery shop in the Yorkshire town of Dewsbury. From July 1941 to July 1946 she kept a diary for the Mass-Observation project, recording the thoughts and concerns of the people who used the shop. What makes Kathleen's account such a vivid and compelling read is the immediacy of her writing. People were pulling together on the surface ('Bert has painted the V-sign on the shop door…', she writes) but there are plenty of tensions underneath. The shortage of food and the extreme difficulty of obtaining it is a constant thread, which dominates conversation in the town, more so even than the danger of bombardment and the war itself.  Sometimes events take a comic turn. A lack of onions provokes outrage among her customers, and Kathleen writes, 'I believe they think we have secret onion orgies at night and use them all up.' The Brooke Bond tea rep complains that tea need not be rationed at all if supply ships were not filled with 'useless goods' such as Corn Flakes, and there is a long-running saga about the non-arrival of Smedley's peas. Among the chorus of voices she brings us, Kathleen herself shines through as a strong and engaging woman who refuses to give in to doubts or misery and who maintains her keen sense of humour even under the most trying conditions.A vibrant addition to our records of the Second World War, the power of her diary lies in its juxtaposition of the everyday and the extraordinary, the homely and the universal, small town life and the wartime upheavals of a nation.
Kindle Price: £0.99
Click here to download this book.
Posted by Joisel at 4:00 PM